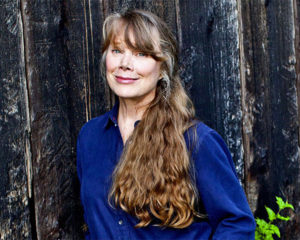 Sissy Spacek has been one of the industry’s most respected actresses for almost four decades.  Her many honors include an Academy Award, five additional Oscar nominations, three Golden Globe Awards, and numerous critics awards.

She first gained the attention of critics and audiences with her performance in Terrence Malick’s widely praised 1973 drama “Badlands,” in which she starred opposite Martin Sheen.  In 1976, Spacek earned her first Academy Award nomination and won a National Society of Film Critics Award for her chilling performance in the title role of Brian De Palma’s “Carrie,” based on the Stephen King novel.  The following year, she won the New York Film Critics Circle Award for her work in Robert Altman’s “Three Women.”

In 1980, Spacek starred as Loretta Lynn in the acclaimed biopic “Coal Miner’s Daughter,” winning the Oscar and Golden Globe Award for her performance.  Spacek also swept the New York Film Critics Circle, Los Angeles Film Critics, National Board of Review, and National Society of Film Critics Awards for her portrayal of the country music legend.

In 1987, Spacek gained her fifth Academy Award nomination and won another Golden Globe and the New York film Critics Circle Award for her performance in the dark comedy “Crimes of the Heart.”  Her most recent Oscar nomination came for her portrayal of a mother grieving for her murdered son in the drama “In the Bedroom,” for which she also won a Golden Globe Award, an Independent Spirit Award, and an AFI Film Award for Best Actress.  In addition, she garnered Best Actress Awards from a number of critics’ organizations, including the Los Angeles, New York and Broadcast Film Critics.  Her work in “In the Bedroom” also brought Spacek two Screen Actors Guild (SAG) Award nominations, one for Outstanding Lead Actress and another for Outstanding Cast, shared with the rest of the film’s ensemble.

Spacek’s other film credits include “A Home at the End of the World,” “The Straight Story,” “Blast From the Past,” “Affliction,” “The Grass Harp,” “JFK,” “The Long Walk Home,” “Night, Mother,” “Marie,” “North Country,” “Nine Lives,” “Hot Rod,” “Lake City,” and “Get Low.”  Spacek was most recently in “The Help,” based on the New York Times bestseller.

Spacek has also been honored for her work on the small screen, where she has starred in several highly praised longform projects.  She received Emmy Award nominations for her portrayal of Zelda Fitzgerald in “Last Call” and for her work in Tommy Lee Jones’ Western “The Good Old Boys.” She also earned SAG Award nominations for her performances in “Midwives” and “A Place for Annie.”  Her additional television credits include “If These Walls Could Talk,” “Beyond the Call,” “Streets of Laredo,” “A Private Matter,” a Golden Globe nominated performance for “Pictures of Hollis Woods,” and most recently an Emmy-nominated performance for her guest role on HBO’s “Big Love.” Adding to Spacek’s credits is her memoir My Extraordinary Ordinary Life currently available where books are sold.