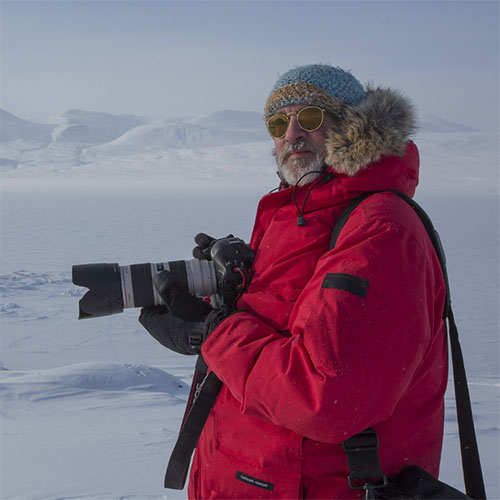 Jon Golden has been working as a professional photographer for 25 years. His assignments have taken him to over 40 countries and required him to sail more than 20,000 miles at sea. Jon has produced stunning images, documenting some of the worlds most remote and harsh places including Baffin Island (Canadian Arctic), Gobi and Patagonia deserts of Mongolia and Argentina, the Amazon (Peru), and northwest Iceland. His images have been published in many major U.S. magazines including Newsweek, Sports Illustrated and Virginia Quarterly Review. Jon is also a founding member of “LOOK3 Festival of the Photograph”. Much of Jon’s career has been focused on promoting the work of nonprofits, which include the Building Goodness Foundation in Haiti, Guatemala and Louisiana, Firefly Kids in Russia, Impossible2Possible, The Nature Conservancy and the Amazon Aid Foundation. Jon studied Environmental Science and Computer Science at the University of Virginia. He lives in Charlottesville, Virginia and loves to travel and cook.