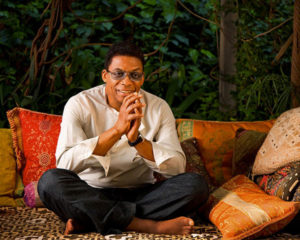 Herbie Hancock is a true icon of modern music, an internationally renowned jazz composer, pianist, keyboardist, and bandleader. He has significantly contributed to the musical history of jazz by redefining the role of jazz rhythms while embracing synthesizers and funk influences. He has won numerous awards for his compositions and performances, including an Academy Award, twelve GRAMMY Awards, and five MTV awards, among others.

Hancock recently released the critically-acclaimed album The Imagine Project. Utilizing the universal language of music to express its central themes of peace and global responsibility, the “Imagine” project features a stellar group of musicians including Jeff Beck, Seal, pink, Dave Matthews, The Chieftains, Lionel Loueke, and Chaka Khan. The “Imagine Project” was recorded around the word and filmed for an accompanying documentary.

Herbie Hancock also maintains a thriving career outside the performing stage and recording studio. He was named by the Los Angeles Philharmonic as Creative Chair for Jazz and also serves as Insitute Chairman of the Thelonious Monk Institute for Jazz, the foremost international organization devoted to the development of jazz performance and education worldwide. In addition, he is the founder of the International Committee of Artists for Peace.