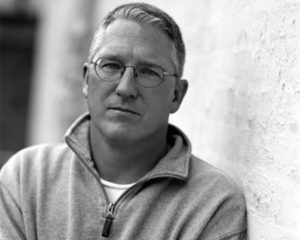 Donovan Webster is a journalist and author. A former senior editor for Outside magazine, he now writes for National Geographic, Smithsonian, Best Life, Vanity Fair, Men’s Health, Garden & Gun, The New Yorker, and The New York Times Magazine, among other publications. He is also Interim Editor of the Virginia Quarterly Review, and an instructor in the Department of Media Studies at the University of Virginia. He lives with his family outside Charlottesville, Virginia, United States.
In 1996, he co-founded Physicians Against Landmines/Center for International Rehabilitation (CIR). An international, non-governmental humanitarian organization, CIR sponsors wheelchair and prosthetics programs, plus prosthetics-fabrication training and disability advocacy in post-conflict nations worldwide. In 1997, as part of the International Campaign to Ban Landmines, CIR was a co-recipient of the Nobel Peace Prize. In 2006, working with the United Nations Special Rapporteur for Disabilities, CIR was central to the UN’s Convention on the Rights for Persons with Disabilities, the most-rapidly ratified UN Convention to ever gain approval by the UN General Assembly. He currently serves as CIR’s vice-chairman. In 2001, he became an honorary chief of the Kachin hill tribes of northern Burma.

He wrote “Traveling the Long Road to Freedom, One Step at a Time,” which was published in Smithsonian magazine; this article was recently used in the English language and literature pre-release material (AQA).

In 2006 and 2007, he was co-leader of the expedition Running the Sahara: an on-foot crossing of North Africa from Senegal to the Suez in Egypt. The expedition was filmed and edited into a documentary film, Running the Sahara, narrated by Matt Damon and released in 2007 with the logistics support of Sam Rutherford at www.prepare2go.com. The Running the Sahara project began in Senegal, went through Mauritania, Mali, Niger and Libya, before culminating in Egypt. Runners included Ray Zahab and Kevin Lin.

In July and August 2010, he and photographer Ron Haviv traveled to Madre de Dios state in southeast Peru for Smithsonian magazine. There they documented the environmental destruction of the upper-Amazon basin rainforest by illegal gold mining, a practice that has increased exponentially due to a recent leap in gold prices. A documentary-film team followed their investigation, resulting in the compelling film, “River of Gold”.